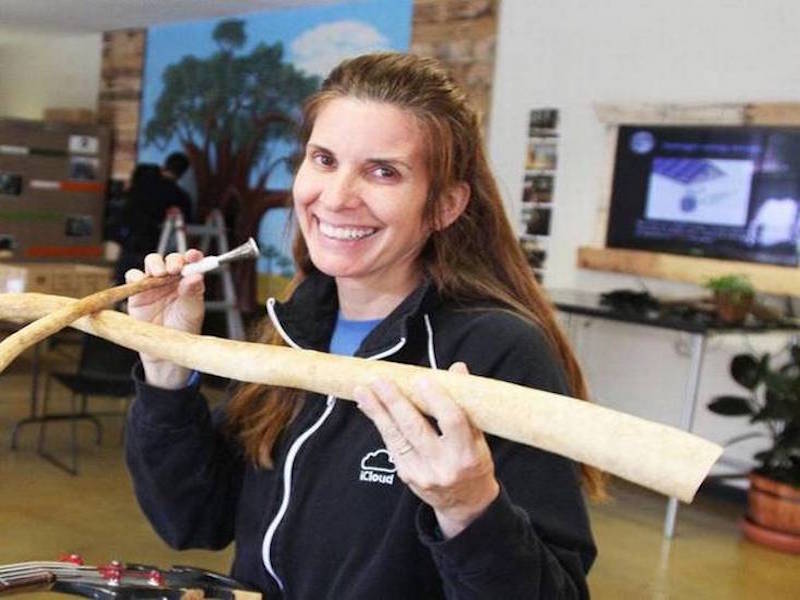 Lisa Craig Gautier, talks about the use of human hair in oil spill management.

MatterOfTrust.org, an ecological public charity established in 1998, concentrates on finding uses for naturally abundant renewable resources. It also runs the ‘Clean Wave program’, which is its ‘hair, fur, fleece and fibre for oil spills’ project. In an e-mail interview with Murali N. Krishnaswamy, its U.S.-based founder, chairwoman and president, Lisa Craig Gautier, talks about the use of human hair in oil spill management, a technique tested and approved by the United States Environmental Protection Agency, which could be of use after the oil spill off the Chennai coast recently.

What was the Eureka moment that led you to the idea?
Phil McCrory, a hair stylist from Huntsville, Alabama, came up with the idea when he was at his salon, watching coverage of the Exxon Valdez supertanker oil spill, in 1989. He saw otters getting coated in oil. He then looked down at the hair clippings on the floor and it just clicked.

We had seen it in the news but it never became a business.

There is a bit of a ‘yuck factor’. We contacted him in 1999 and partnered with him, and now run the programme internationally.

What are the properties of hair that help in a clean-up?
It’s the surface area of hair, and the nooks and crannies along a hair strand. The oil coats it all. Hair is adsorbent and it doesn’t swell up like a sponge.

How effective is the technique especially when you have a large volume of oil? What about the type of oil product?
The hair and fur is stuffed into nylon tights to make sausage-shaped booms to string out along beaches. Hair soaks up fast, therefore it bobs just below the waterline. Fur and fleece bob and float on top of the waterline, so getting a mixture of booms is helpful in managing a spill.

About the type of oil product, bunker fuel is heavy and dries into tar balls. Jet fuel is very light. Gasoline and used motor oil are midrange. There is dirt and sand in water, so the booms will get weighed down. So, removing oily hair booms quickly and adding floating assistance is the key.

Can the technique be used much after a spill has occurred? What about changes based on environmental factors?
Time is crucial when dilution is an issue. There are oil spills in the Amazon jungle that have been there for 25 years.

In an ocean, oil spreads fast. Even a quart of oil can spread out rapidly over a very large extent of ocean. Heavy oil sinks to the bottom eventually.

Oil can also wash up on a coastline for days or collect into plumes that look like dark serpents following warmer streams within the ocean. I saw a lot of that in the BP Gulf spill.

In cold water, oil can get hard and tar ball-like. It often washes up in silver dollar-sized blobs. Those are easy to handle when moist and to dab up with hair mats or even by rolling booms along the sands. A lot of hair booms in burlap sacks will collect oil that washes up. Booms are really solid, and oil mixed in the waves will get in there.

Could you give me global instances where ‘hair-for-oil-mopping up’ has been used?
There are over 2,600 instances of oil spills a year on an average. Most famously, we were involved in the San Francisco Cosco Busan spill in 2007, and the Mexican Gulf Coast BP Horizon case. We’ve helped remotely with spills in Korea, France, the Galapagos and even in oil pits in the Amazon. We work with the United States Air Force as well as municipalities on managing motor oil run-off into storm drains, off runways and streets because 50% of all oil in our waterways comes from used motor oil drips. For example, a quart of oil can contaminate 250,000 gallons of fresh water. Major oil spills that are reported in the media form a small percentage of the oil that harms the environment, but they’re useful for awareness!

Has this technique been approved by global environmental agencies? What about testing in research laboratories?
The fibre materials and the “mat and pillows” that we use have been tested and were patented, but are now free domain. Currently, the United States Air Force and the Army Corps of Engineers are working with us on more testing for best containment. I would also add that we are working to create a model green business that can be replicated anywhere.

We are open sourcing all the information such as budgets, challenges, successes — in short, the whole thing, and will be setting up a starter loan fund as well.

What about disposal and recycling?
Hair mats and booms are better for one-time use although hair is strong and can be wrung out.

Hair is a renewable resource and you can make more than enough usually. In the U.S., hazmat [hazardous material] teams are usually legally responsible for all oil spill debris. All oil spill waste is conventionally either landfilled in hazmat-specific dump sites or incinerated at energy plants.

Hair mats and booms too can be burned as fuel of course. But this should be done in a closed system that is conscious of particulates and toxins. We have also tried composting hair mats. It works, eventually, but takes a lot of space, time and/or manual labour.