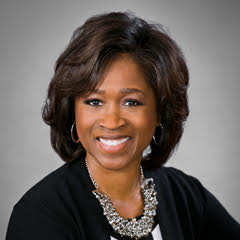 Serena McIlwain served the Federal Government for nearly 30 years working in both the legislative and executive branches of government. Before joining the EPA in 2014, Serena served as the Chief Operating Officer at the Department of Energy, providing management and operational support for scientists, engineers, technicians and administrative professionals. Her prior positions include serving as the Director of Workforce Planning and Management for the Architect of the Capitol, and Special Advisor to the Associate Director of Administration at the National Institutes of Health and for the Chief Economist at the Census Bureau.

She also served as a Senior Fellow for Congressman Louis Stokes, working primarily with the Appropriations Committee. Most recently, Serena has been appointed as the EPA’s Performance Improvement Officer (PIO) and the Director of the newly created “Office of Continuous Improvement”. In this role, Serena will implement a new Lean Management System at EPA to drive accountability and performance improvement. Prior to assuming her new role as PIO, Serena was the Assistant Regional Administrator and Director of the Environmental Management Division at EPA Region 9 in San Francisco, CA. In that role, she was responsible for the management and execution of a $618M annual operation and overseeing all of the business operations for the Region. She holds Master’s Degrees in General Administration and Public Administration, respectively.