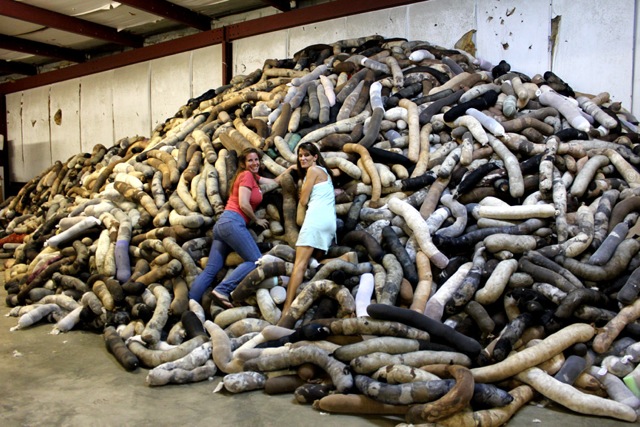 A huge International Natural Fiber Recycling mobilization took place to help get hair booms to the Gulf Coast Spill. We had donated to warehouses spread along Alabama, Mississippi, Louisiana, and Florida that received hair, fur, fleece, and nylons from donors internationally and from all over the U.S.!

For the Gulf of Mexico, the BP oil spill in 2010, hair salons, pet groomers, and fleece farmers collected waste fibers for our clean up efforts!  These donors generously mailed in three-fourths of a million pounds of hair, fur, and fleece to Matter of Trust. Donors mailed truckloads of boxes from salons that swept up their hair clippings into plastic garbage bags and reused the large boxes they got from shampoo deliveries. They signed up to our  ExcessAccess program for mailing addresses and mailed in the hair. According to the USPS, we received fiber donations from every zip code in North America and thirty other countries!

Volunteer coordinators at nineteen donated warehouses along the Gulf Coast received hair, fur, and fleece. This fiber was stuffed into tubes (booms) made from donated recycled nylons which were knotted together forming chains used to surround and contain a spill, or they were stacked to protect private beaches. Thousands of volunteers had cut-a-thon’s all over the world and boom stuffing parties. In the joyful good-natured Southern way, these boom stuffing parties were named Boom B Qs! Amanda Bacon in Alabama created the term “Boom B Qs.” Power to the people!