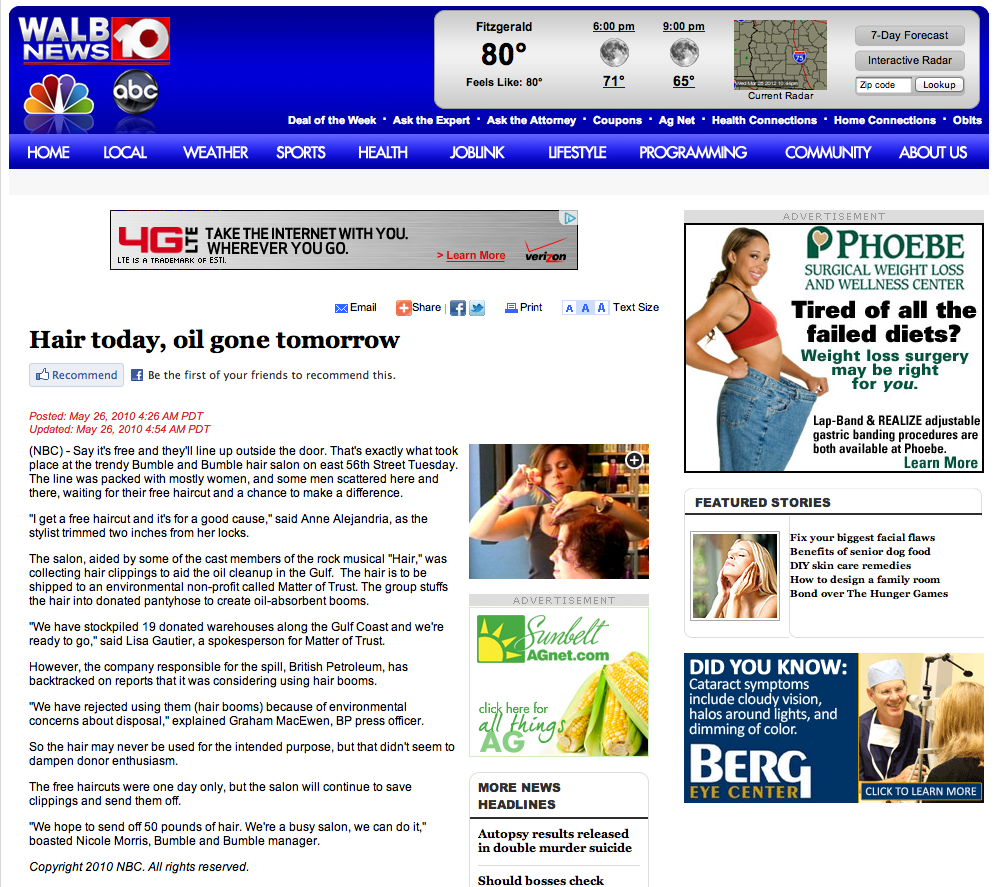 (NBC) – Say it’s free and they’ll line up outside the door. That’s exactly what took place at the trendy Bumble and Bumble hair salon on east 56th Street Tuesday. The line was packed with mostly women, and some men scattered here and there, waiting for their free haircut and a chance to make a difference.

“I get a free haircut and it’s for a good cause,” said Anne Alejandria, as the stylist trimmed two inches from her locks.

The salon, aided by some of the cast members of the rock musical “Hair,” was collecting hair clippings to aid the oil cleanup in the Gulf.  The hair is to be shipped to an environmental non-profit called Matter of Trust. The group stuffs the hair into donated pantyhose to create oil-absorbent booms.

“We have stockpiled 19 donated warehouses along the Gulf Coast and we’re ready to go,” said Lisa Gautier, a spokesperson for Matter of Trust.

However, the company responsible for the spill, British Petroleum, has backtracked on reports that it was considering using hair booms.

“We have rejected using them (hair booms) because of environmental concerns about disposal,” explained Graham MacEwen, BP press officer.

So the hair may never be used for the intended purpose, but that didn’t seem to dampen donor enthusiasm.

The free haircuts were one day only, but the salon will continue to save clippings and send them off.

“We hope to send off 50 pounds of hair. We’re a busy salon, we can do it,” boasted Nicole Morris, Bumble and Bumble manager.